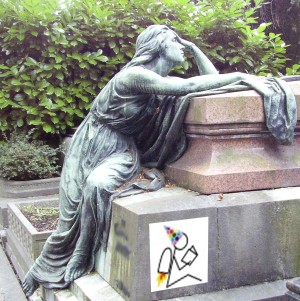 Well, I had a lot of plans for the New Year, including researching and writing a sequel to “The Obsidian Mirror.” That much hasn’t changed. What has changed is that my publisher, AEC Stellar Publishing, is no longer in existence. The publishing rights have reverted to me, and I am once again on the prowl for a publisher and/or a literary agent.

Wow. That was a real surprise. I hadn’t ever considered that AEC Stellar would not be the publisher of my next book. They took me on as a newbie author and gave me a lot of support. It was a small outfit, but they did as much as they could. And they had an unprecedented deal in the publishing industry: authors got 50% of the profits on their books. As a matter of fact, I just got my first royalty check, which was rather exciting, if small.

AEC didn’t go under because it was losing money, either. It was the brainchild of Ray Vogel, the owner, who wanted to create an authors’ community that would nurture and support new writers. And that’s just what they did. Unfortunately, Ray also has a fulltime job and two adorable little girls, and could no longer continue with the enormous demands on his time and energy. I was kind of amazed at everything he was doing, and I completely understand why he needed to get out from under.

So I and several other AEC authors are sadly contemplating our next steps. Amber Skye Forbes has three publishers in mind for her YA series, “When Stars Die.” Ryan Attard—author of the “Legacy” series and “The Pandora Chronicles—wants us to band together and start our own imprint. That’s an exciting—and terrifying—idea. It’s hard for me to imagine taking on more than I already have, and yet the idea is kind of thrilling. I don’t know what the others are thinking, but I suppose I’ll find out as things develop.

I don’t know if this is true or not, but they say that the Chinese ideogram for “crisis” is the same as for “opportunity.” Maybe I’ll find a publisher with more resources. Maybe I’ll get an agent who can negotiate better deals. Maybe I’ll do something enormously challenging and quite possibly stupid, like starting a publishing company. As the old year winds down and a new year begins, I am certain of only one thing: I don’t know what’s to come.

4 thoughts on “As the Old Year Dies, My Publisher Goes with It”