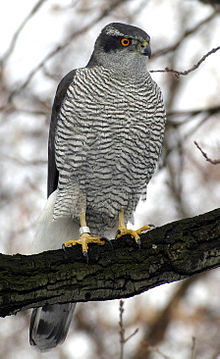 This is what White meant by a “mad, marigold eye.”

Most of the books I read are fiction. I’m a writer, I love stories­—it’s natural. And while I have read much of the world’s greatest English literature (I always score well on that annual list the BBC publishes of the 100 best books in the English language), the vast majority of what I read is brain candy. Fluff. Genre books.

Mind you, I am in no way putting these books down. I read them. I pay good money for them. I like them. I write them.

But once in a while, I pick up something that breaks this pattern. Last week, I re-read “Tess of the d’Urbervilles” by Thomas Hardy, and found it lyrical, funny, and tragic all at once. (In marked contrast to my experience of reading it in high school Honors English class.) This week, I finished reading a book loaned to me by my oldest friend, “H is for Hawk” by Helen Macdonald. There was no question this was going to be an excellent book, as it is a New York Times bestseller and winner of the prestigious Samuel Johnson Prize.

However, the book was, on the surface, about training a goshawk. I probably wouldn’t have read it if my friend hadn’t said, “There’s a lot in there about T.H. White, and I know how much you like him.”

Macdonald describes T.H. White as “an unpopular author,” which shocked me, but I suppose she is right; I just have difficulty accepting that an author whose writing is so beautiful could have fallen from favor. White is the author of two of my favorite works, “The Once and Future King,” (actually five books), an epic fantasy about King Arthur, and “Mistress Masham’s Respose,” one of my childhood favorites about a lonely little girl who stumbles upon a lost colony of Lilliputians (literal Lilliputians, brought to England by Gulliver).

White’s writing is so incandescently lovely that it makes me weep. His descriptions of the English rural countryside are so evocative that as a child, I felt I knew that landscape intimately, though I had never been within five thousand miles of the place. And I remembered one powerful scene in “The Sword in the Stone” (the first of the books of “The Once and Future King), in which the young Arthur is changed by Merlin into a small hunting hawk and placed in the mews of Sir Ector’s castle. Arthur is subjected to an ordeal by the other hawks; he must stand within striking distance of Colonel Cully, a mad old goshawk, until the hawk bells are rung three times by the other birds. If he survives, he is admitted into their company. That scene is only one of many White crafted to show how Merlin educated Arthur into kingship, but it stuck with me, particularly the description of Cully’s “mad, marigold eye.”

Macdonald had read “The Goshawk,” as well as much of White’s other work, and knew more about him as a person than I did. She was obsessed with hawks and hawking from an early age, read medieval books on hawking, hung out with austringers (people who train hawks), flew them herself. She had always been intrigued by the idea of training a goshawk—maybe because White had attempted to do this himself as a young man, and failed, ultimately losing his hawk to the wild.

Different people respond to grief in different ways. When Macdonald’s beloved father died, she decided that she would acquire and train a young goshawk. Perhaps White’s account of his epic battle with his goshawk was at the bottom of it; she needed a battle to take her mind off sorrow.

Macdonald interweaves her story of acquiring and training Mabel, her goshawk, with accounts from White’s life and work. Her writing is nearly as luminous as White’s, evoking the landscape, the life of the young hawk, the tragedy of White’s life tied up with the tragedy of her father’s death.

All I can say is that the reader descends into madness with the writer and emerges with her, not unscathed. Macdonald emerges with the scars of Mabel’s talons in her flesh, but the wounds of her father’s death healed.

However, I was left with more knowledge—and less—than I wanted about T.H. White. I know that some people want to know everything there is to know about favorite authors. Not me. I much prefer to listen to the author’s voice through his or her work, and accept that as the reality the author meant for me to experience. I fell in love with many an author, only to find on reading a biography that the adored one had feet of clay and was only a weak human being after all. Like the rest of us.

For example, my mother, sister and I loved Gerald Durrell, the British author of “My Family and Other Animals” and other books detailing his love for animals and adventures as an animal collector for zoos, and later, for his own zoo on the island of Jersey. He was a funny and evocative writer and once wrote me a personal note when I sent him a letter at age 10 asking about how he became a naturalist. I was delighted to find his biography some years after his death. But when I read it, I discovered that he (like most of his talented family) was a hopeless alcoholic with a violent temper who died of liver disease. I was happier with the sunny, charming animal lover of Durrell’s books.

I had always seen White as sort of a God-like figure, someone full of age and wisdom and kindness who saw the foibles of mankind with a clear and compassionate eye. He may have been so, but he was also an alcoholic who despised himself for his homosexuality and sadism. He grew up in a family so deranged that when his mother lavished affection on her pet dogs, his father had them shot. He thought his father would shoot him some day, and his mother was cold and remote. Then, of course, they sent him to an English boarding school, where the milk of human kindness was not only spared, but completely missing.

White became a schoolmaster at another prestigious public school, but it is notable that although his sexual fantasies focused on beating adolescent boys, he never did so. He eventually fled to a cottage in the woods and decided to raise a young goshawk in the medieval manner, opening a pitched battle between man and bird. This experience informed much of his later writings, but “The Goshawk” wasn’t published until much later, because White knew how badly he had failed in training his hawk.

I am considering whether or not to read an autobiography of White. I’m not disappointed in him, more sorry that he endured so much pain. I think it’s incredibly brave that he tried so hard not to inflict pain because he knew he enjoyed doing so. I will definitely seek out and read more of White’s work. Human nature may be sad and disappointing at times, but I have never been disappointed in the writing of Terrance Hanbury White.

Oh, and I’ll also read anything else Helen Macdonald decides to write.