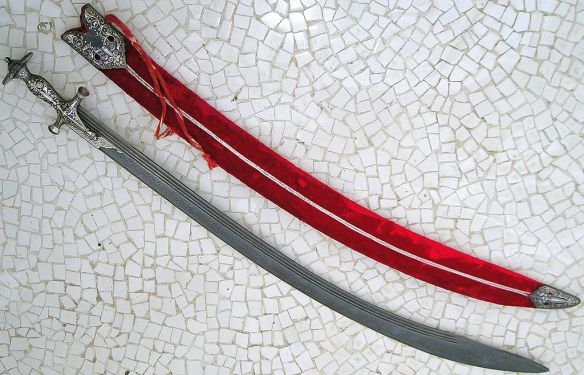 Lingchi, or the death of a thousand cuts, was a form of torturous execution practiced in China and Vietnam until the early 20th Century. Without going into too much gruesome detail, this involved cutting small pieces of a person’s body off until they died from blood loss, shock, or systemic failure. The idea was to inflict the maximum amount of pain, anticipation of death, and humiliation upon the victim.

Every woman in America knows the death by a thousand cuts. It starts when we are little kids, and as we get a little older, it only gets worse. Let me offer some examples from my own life. I am not using my experience because I want your sympathy. I want you to remember when this sort of stuff happened to you, your friend, your mother, your aunt, your sister, your classmate. And I want you to be furious and stay that way.

As a child, my father’s worst insult was to call me “girlish.” Being girlish was the worst thing you could be, that was clear, but I was at a loss as how not to be girlish, being a girl and all.

As a girl, I wanted to be an archeologist. My father talked my mother, who was a former archeologist, into telling me that female archeologists never got married. I pointed out that she had, and so had Margaret Meade—five times—but this was ignored. Nonetheless, I was told I could “be whatever I wanted to be.” Puzzling.

As a child of perhaps nine, my friend and I were pursued down the street by older boys demanding a “blow job.” Neither of us knew what that was, but we were pretty sure it was something we needed to flee from—quickly. I learned as a child to avoid groups of adolescent boys or young men when I was walking because of the filthy comments they made. Again, I didn’t understand most of them, but they conveyed a slimy contempt that frightened me.

As a seventh-grader, I was harassed on the school bus by a boy in my grade. When I turned to ask him to stop, he slapped me as hard as he could across the face before I could even speak. I wish I had been more of a fighter as a girl, but I was raised to be sugar and spice and everything nice and I had no idea how to retaliate without getting badly beaten. I turned around and said nothing and repressed my tears. I heard one of the boys behind me say, “Well, at least she didn’t cry.” When my father called his father, the boy’s father basically said suck it.

When I developed secondary sexual characteristics, of course it got much worse. I became adept at spotting and avoiding trouble by being alert for predatory males all the time. Once I was walking through a park in the afternoon and a car driven by a solitary man began following me. He followed me everywhere until I approached a family of picnickers and asked if I could sit with them until the man left. They kindly allowed me to stay and the stalker took off, but it frightened me.

The very next morning, my younger sister and I went for a walk before my parents got up. We were visiting Monterey, CA, and it was foggy. We wandered down to the wharf, not far away, and walked out to the end of the dock. On the way back, we were approached by two transients, toothless, filthy, dressed in dirty rags, who told us to go with them and have some “fun.” It was two men against two young girls (one just a child), and they were very threatening. No one else was around, and the thick fog obscured everything. I put my arm around my sister and began yelling, “NO!” They finally gave way and let us go, but that was the scariest moment of my young life.

In college, I was groped multiple times at dances by men who were just walking past, as though I were a fruit display. Casually done, as if it were their right to touch me in such a way. One man who shall remain nameless as he isn’t up for a Supreme Court judgeship, tried to rape me when he thought I was unconscious. Just napping, as it turned out, but I never trusted him again.

I remember the first time I realized that men did not have my back—even men who weren’t doing anything objectionable. I was waiting in line in a liquor store. The guy in front of me was enormous. I am nearly six feet tall, but this man dwarfed me. After he paid for his purchase, he whirled around abruptly, glowered at me and said, “You wanna go out?” Startled and a bit frightened, I stammered, “No!” He turned away and left the store. I definitely felt threatened and I was worried that he might be waiting for me outside. I looked at the men in line with me (there were no women). I looked at the checkout clerk, also a man. Their eyes were blankly unconcerned. I realized that I was completely on my own. No one was going to offer to walk outside with me to make sure I got to my car safely. I waited quite a while inside the store, peering out to see if I could spot this giant man, before I dared to leave the shelter of the store.

Much later, when I was in business, I ran into men who refused to work with women, and were fairly rude about it. One man, who probably weighed over 300 pounds, made a joking remark about my being overweight in a room filled with men who laughed at his clever joke. In another testosterone-infused business meeting, a man began loudly talking and sharing jokes during my female colleague’s presentation. He was not reprimanded by the male vice president who was running the meeting.

I can’t even tell you about all the times I’ve been catcalled, or ignored, or talked over, or had my ideas repeated by a man to general acclaim—minutes after I had suggested them and been ignored.

I’ve been followed. I’ve been stalked. I’ve had perfect strangers (men) feel free to comment on my attributes or lack of them. I’ve been called bitch, cunt, whore, and slut by people who have never met me before.

I’m not telling you this because my experience is so awful. I’ve never been raped, for instance, or physically abused by a man. No, I’m telling you because EVERY WOMAN IN AMERICA SHARES THESE EXPERIENCES WITH ME. Every. Last. One.

This is the death of a thousand cuts: every day, women and young girls face the lust, scorn, disgust, hatred, indifference, and ridicule of men. After a few decades, it feels very old indeed. The good news is, if you become fat or in any way deemed unattractive, such as getting gray hair or saggy tits, it all goes away! No one catcalls, stalks, or gropes you anymore because now you are COMPLETELY INVISIBLE! No one hears you, no one sees you. It’s better than the catcalling and groping, which should tell you something.

Obviously, I am not talking to or about the good men, of whom there are many. But sadly, because these men are good, they think that these criticisms are aimed at all men. Some get very defensive, “I don’t do those things!” and refuse to hear about it. We need these good men on our side, not defending themselves against us. Women know that “not all men.” So don’t get defensive on us when we’re asking for your support. Don’t tell us that not all men. Show us that not all men.